Application Virtualization – All You Need to Know 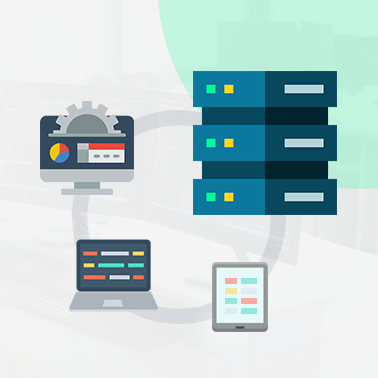 What is Application Virtualization?

Over the last decade, Application Virtualization technology has emerged as one of the most prominent and useful virtualization techniques. In previous years, software application deployment was handled through traditional client-server management tactics.

Using these approaches, software applications were housed on file servers, and IT administrators used to install these applications manually on target machines. With the introduction of Group Policies and Active Directory (AD), software deployment on desired systems became a much more sophisticated and feasible process.

However, application manageability and compatibility issues remained major concerns to deal with. Thus, application virtualization was introduced as the ultimate solution to prevent all these problems. With this technology, a software application runs on the end user’s system similar to a locally installed application. However, the app uses a sandbox environment in the background which removes the need to install the application to the local OS.

We will cover an in-depth overview of application virtualization and the benefits that it can bring to your organization. So, let’s get started already!

How does it work?

Application virtualization refers to a software technology that lets its consumers use an application from a different device than the one on which it is actually installed. Using this technology, the application interacts and functions in the same manner as if it were natively installed on the user’s machine. This ensures a seamless experience for the end-user. The user can perform any action on the application without the need to install it on the native device.

Usually, the IT administrator deploys remote applications on a central server in the organization’s data rams to a user’s desktop or other connected devices. The user may now access and use the programcenter. Application virtualization software is then used to distribute the prog as if it were installed locally on their system. The user’s actions are then sent to the server for execution.

With this technology, applications are completely isolated from the underlying operating system. With desktop virtualization, this abstraction layer is missing as apps are still bundled to the underlying OS.

Server virtualization is the process of subdividing a single physical server into several virtual servers in order to maximize the organization’s resources. This technique boosts the server’s utilization and facilitates an efficient disaster recovery mechanism. By virtually storing servers, the costs involved in setting up separate physical servers and their maintenance are ultimately reduced.

All three types of virtualizations described above operate with the goal of providing easier access to end-users via different means while reducing extra costs, thereby offering greater flexibility and minimized budgets for the organization.

Use Cases for Application Virtualization:

Here is a list of a few use cases where app virtualization can be employed:

If you have a massive end-user base where the count of your end-users seems to be relentlessly growing, purchasing and managing separate expensive machines for every single user will undoubtedly drain your budget.

In such cases, virtualization will definitely come in handy since it possesses the capability to deliver all the essential applications to any target device.

Application Virtualization facilitates safe and secure remote access to critical applications from any end device. With remote work culture emerging as an increasingly effective work model globally, the majority of organizations have adapted themselves to transition into a remote work-from-home routine.

In such remote working scenarios, this state-of-the-art technology fits as the best approach since it provides both security and ease of access.

Application virtualization can assist in planning a sophisticated and managed approach for handling and ensuring a smooth cloud transition of an application that is currently being utilized as an on-premise version in parts of the same organization. In such scenarios, it’s necessary to ensure the proper functioning of the application during the ongoing rollout to cloud premises.

By utilizing a state-of-the-art virtualization platform, you can ensure maximum continuity and minimum disruption for your end-users. Such platforms will assist in guaranteeing a smooth delivery of both the on-premise and cloud versions of the application to different groups residing within the same workspace.

Some of the numerous advantages that app virtualization has to offer are described below concisely:

For critical software applications, the latest software patches and upgrades are necessary to install on a regular basis. With application virtualization, the installation of these upgrades turns out to be a hassle-free procedure as the virtualized applications are updated on the centralized servers and not on end user’s machines.

This necessarily means that once the updates are completed, the latest patches can be distributed straight to devices using virtualization software. For the end-user, these upgrades will take place in the background instantaneously without disrupting user productivity.

Using virtualization, you just need to install the desired application on the server and afterward, it can be virtualized to as many devices as you wish. Virtualization simply removes the requirement of installing the application on every single device. As a result, the time and effort consumed during installation are minimized.

With application virtualization, deployment on clients’ systems becomes a straightforward process. Clients or partners can easily install the application on their machines by using the sent executable file that contains the configured application code. Hence, deployment using app virtualization results in a hassle-free procedure.

The installation of conflicting applications on the same system can sometimes create issues and cause one of the applications to crash.

Since virtualized applications necessarily run within a Sandbox or containerized environment, other applications installed on the same device cannot detect or collude with them. This leads to a smooth functionality for applications that usually conflict with each other while residing on the same physical machine.

Data security is one of the most crucial aspects for every organization’s operations to run smoothly. Any sort of malware, virus, or potential threat that appears in any natively installed application or within the operating system of the end device does not affect the virtualized applications whatsoever as they are segregated from one another.

Why do you need an Application Virtualization solution?

The list of benefits to employing application virtualization knows no bounds. App virtualization allows IT administrators to install important apps only once on a dedicated server from where they can be later distributed to end devices using virtualization. It also assists in a smooth and uncomplicated software update and patching mechanism. IT administrators can deploy virtualized applications on every connected device regardless of the operating system that’s running on it.

Application virtualization software provides centralized access and authentication management to IT administrators. Using such solutions, IT admins can manage the permissions and access to virtualized applications efficiently.

Monitoring the usage of applications also becomes a simple task and access to sensitive critical information can be easily revoked via remote means in case of device theft or loss. Moreover, it’s relatively easy to remove or delete the application completely from the server as compared to removing it from all individual devices. 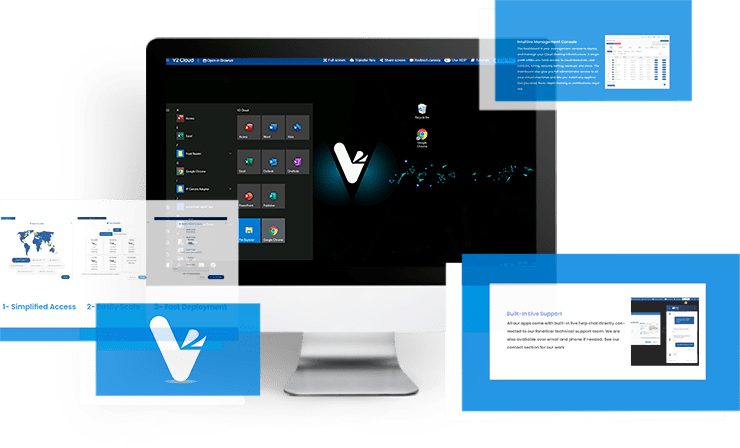 With secure remote access and remarkable features, our solutions have been employed by thousands of users worldwide and recognized globally. Want to employ our sophisticated and cost-efficient virtualization solution? Book a live demo instantly here!

Haris has been working as a professional software engineer as well as a passionate technology writer and blogger for over four years. With several years of software development experience in the industry, Haris loves to present the readers with diverse and knowledgable content revolving around some of the most interesting topics in the IT industry today.
x