Citrix vs. VPN: Which One is Best for Your Business? 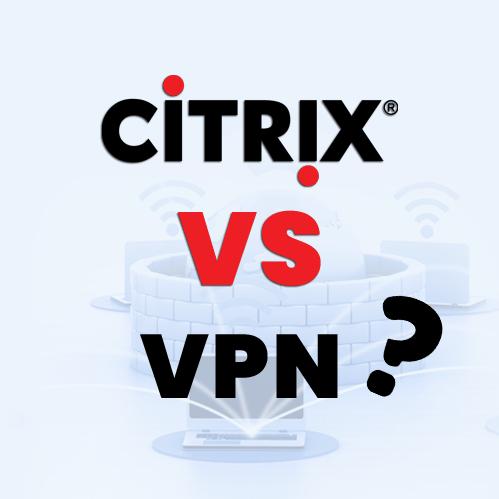 Deciding to go for an all-in-one solution like Citrix or a simple VPN mainly boils down to your business requirements.

The first step is taking a deep dive to understand your business’s internal requirements and pain points. Next, you’ll have to understand the difference between both. This will help you decide whether your business needs a VPN or something with advanced features such as Citrix.

We will cover the differences in terms of functionality, additionally we will make a cost comparison to help explain what would make more sense for businesses of different scales.

Before moving forward with the Citrix vs. VPN comparison, let’s first clarify what a VPN service and Citrix is.

What does a VPN do?

A Virtual Private Network (VPN) encrypts a user’s data being sent back and forth between the user’s computer and the internet. A private network is created that masks your identity and location as you browse through the internet (which is a public network).

VPNs help protect against privacy and security threats from third parties that look to track/steal data through public networks. They also allow you to access websites restricted in your region.

What is Citrix used for?

Citrix is a digital workspace platform that allows users to work remotely through its virtualization solutions. It means users can access applications and even entire desktops through a remote server connection.

For example, an entire desktop (a virtual machine) can be hosted on the cloud, containing its dedicated applications. Citrix makes it possible for this virtual machine to be accessed by any user from any device. Citrix offers a wide range of work management solutions, app delivery, and security solutions, DaaS and VDI solutions, etc.

How do Citrix and VPN Differ From Each Other?

A- Citrix vs. VPN: A Functionality Comparison

To understand how we concluded each point, let’s take a detailed look at all four factors:

Citrix offers a complete digital workspace solution and has a wide range of capabilities (including VPN services). These include providing a Desktop-as-a-Service (DaaS) solution, Software-as-a-Solution (SaaS) solution, Cloud Computing, etc. Additionally, the data is stored off-site and is remotely accessible by the user.

In comparison, a VPN only allows a remote connection to take place. It enables capabilities such as file sharing, changing location, masking identity, etc. But, all of this is also possible with Citrix, making Citrix a more powerful tool compared to a VPN. The range of applicability available with Citrix adds a significant plus point in favor of the remote work solution when considering the Citrix vs. VPN debate.

When a user establishes a VPN connection, the entire data set must transmit which takes longer. In comparison, data transmission with Citrix happens in smaller data sets. With Citrix, only a screen change needs to be transmitted rather than the entire data set. It results in enhanced speed capabilities as data transmission time is lower. Such a capability makes Citrix inherently faster than a VPN in terms of speed. 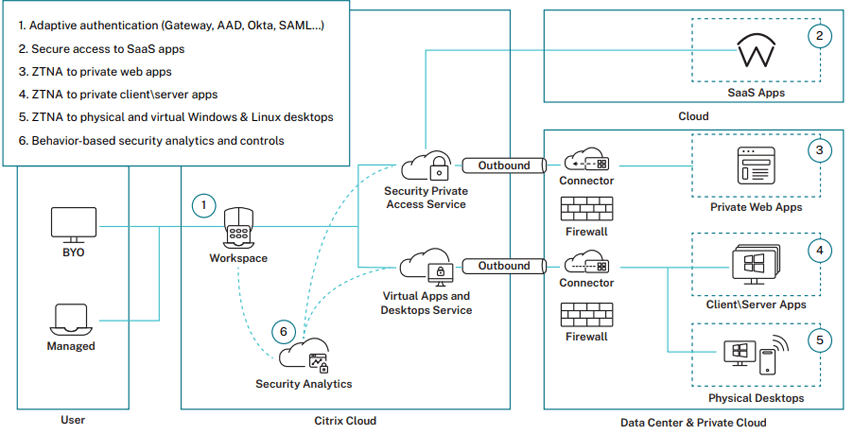 Citrix is an overall more powerful tool offering several features and better remote server security against unwanted threats. The IT administrator also has more control with Citrix in tracking data to ensure sensitive data is not being compromised over the network.

Typically, a VPN is deployed at one central location. Users around the globe must establish a connection from their device to that central location. Then, they must further use that access point to connect to internal web applications. This additional latency is always there.

This becomes problematic when too many users try to establish a connection through the VPN. The VPN cannot handle a high amount of traffic at a time resulting in a degraded user experience.

In comparison, digital workspace environments such as Citrix have designed capabilities to handle high amounts of traffic. In addition, they possess the proper infrastructure to cater to users connecting from all around the globe to work remotely. Citrix is much more than just a simple VPN, and high traffic is not a problem.

Although Citrix does provide a VPN service through Citrix Gateway, the accessibility for users is limited to internal company resources. Using Citrix Gateway to access corporate resources such as internal web applications and desktops. However, users can make use of the provided private network to access the Internet with a regular VPN. So, VPN offers more accessibility to users in comparison with Citrix.

B. Citrix vs VPN: A Cost Comparison

It seems that VPN has taken a beating in every point compared with Citrix until this point. Trust us when we say there’s no bias in this blog post. Instead, Citrix is just better in terms of functionality when compared with a VPN. However, one area where Citrix cannot compete when pitted against a VPN is price. Let’s see a comparison to understand this in more detail. 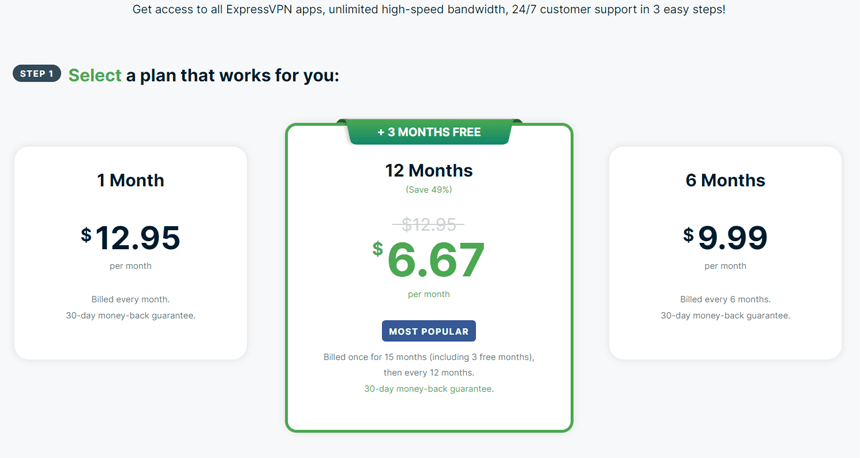 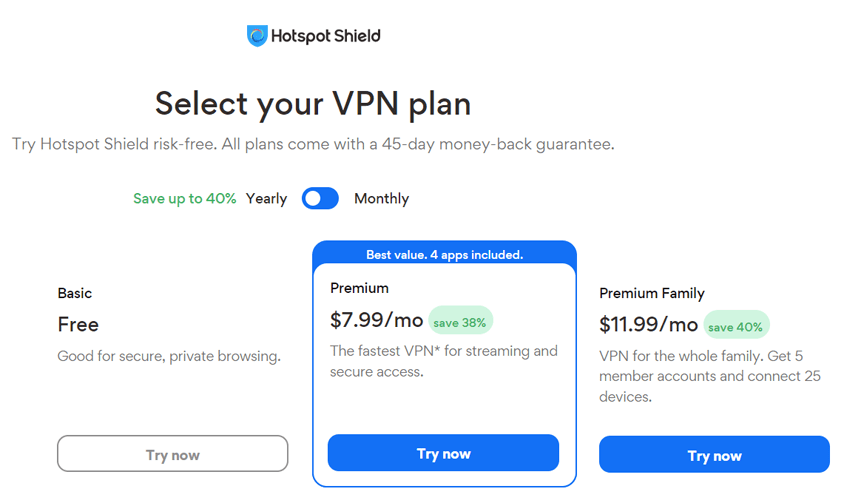 Cost considerations will play an essential role in the Citrix vs. VPN debate. For many businesses (especially those with limited budgets to work with), the cost might even be the primary factor that influences the final decision.

Making the Final Decision: Citrix vs. VPN for Your Business

For Small Businesses
There are some cases where your business might require a solution like Citrix. For example, if your work environment has a large remote workforce, it makes sense to go for Citrix. But for most small businesses with a limited budget to work on, it makes sense to opt for a VPN. Data collected by G2 shows that most small businesses opt for a VPN solution.

For Medium and Large Businesses
In comparison, it makes sense for medium and large-sized businesses to opt for solutions such as Citrix. It’s because when your business scales, all-in-one solutions such as Citrix offer ways to increase the productivity and efficiency of your business.
In addition, you also get the added benefits of a VPN as it comes included in Citrix. This is not just a matter of opinion. Rather, the data shows that most medium and large businesses opt for Citrix instead of a simple VPN.

Of course, as the above comparison shows, there’s always room for exceptions. Cloud desktop solutions such as V2 Cloud offer all of the advantages of secure remote work solutions such as Citrix for an affordable cost.

This is because, unlike the competitors that intentionally target more prominent businesses, remote work solutions such as V2 Cloud aim to address the pain points of smaller firms. V2 Cloud can be a viable Citrix DaaS and XenDesktop alternative to costly remote access solutions such as Citrix.