Desktop Virtualization: What Is It and What Are the Benefits? 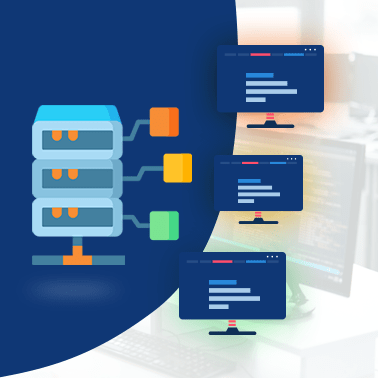 Over the last 25 years, computers have become integral agents of change within corporations, industries, and even classrooms worldwide. A particular computing buzzword that has crept up in the computing community over the last decade is desktop virtualization, supported as a solution to the ever-increasing issues companies face – such as cost control, regulatory compliance, manageability, security, and business continuity.

What Is Desktop Virtualization?

Despite being a somewhat generalized term, virtualization simply refers to the operation and management of computing components on virtual platforms. Its primary use is to simplify the management and the optimization of resources.

That being said, desktop virtualization is simply the concept of replacing traditional physical desktop environments with remotely controlled computing environments. 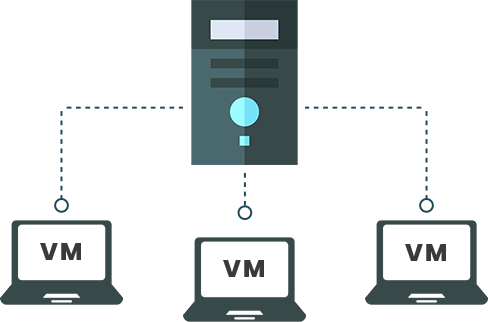 This concept is acclaimed as the most effective solution to meet the computing world’s demands for reduced management costs, enhanced data security, and more flexibility–suiting any size of organization, from home usage to multinational entities.

Considered an alternative to traditional distributed software deployment, desktop virtualization is made up of two key deployment models: Hosted Desktop and Client Virtualization.

In this desktop virtualization model, a computer server living in a data center basically hosts the virtual machines, enabling users to connect to the server via standard protocols like Remote Desktop Protocol (RDP) or connection brokers.

1. Virtual Desktop Infrastructure (VDI)
Here, the operating system (OS) operates a virtual machine that contains desktop images on a server. Consequently, a hypervisor is employed to split the server into disparate desktop images that users can remotely access through their endpoint devices.

3. Desktop-as-a-Service (DaaS)
This variation operates in a manner similar to that of VDI, as end-users can access their desktops and computer applications from any endpoint device or platform. However, the key difference with DaaS is that one has to purchase, deploy, and manage all the hardware components themselves.

This desktop virtualization model revolves around the installation of a hypervisor on a client device to run multiple operating systems, thus eliminating the need for users to maintain their own dedicated hardware and software.

1. Presentation virtualization
This avails a web-based portal that users can leverage to interact with desktops and apps.

2. Application virtualization
This client virtualization approach enables apps to run on other platforms. For instance, running Windows apps on the Linux OS.

Though not a new concept, desktop virtualization mainly revolves around access to a single hardware component, such as a server, being coordinated so that multiple computers (“thin clients”) can share that hardware without end-users being aware that they are actually sharing anything at all.

Therefore, a virtualized desktop system enables end users with remote access to the desktop environment via “thin client” devices, which are basically PCs wired to function in a virtualized system. And through this centralized server-based infrastructure, end users can access what they would usually see on a PC (for example, applications such Microsoft Word or PowerPoint) in a familiar way (with their user ID and password) from any PC within the system, regardless of their geographic location or the physical packaging of their devices.

Overall, desktop virtualization replaces physical resources with Web-based application interfaces, enabling users to access their files, music, documents, or whatever else is stored on their cloud-based desktop.

This means that actual desktop virtualization allows a user to maintain their own desktop where they can work from, save and modify data, without conflicts with other users, running on top of separate or shared operating system instances. They are accessible via any device having network connectivity, such as a traditional computer, laptop, iPad, or smartphone.

1. Flexibility
Users can basically access their computer applications and data on any computing device, in any location worldwide, as long as they have internet access. As such, they do not need to be chained to their workplaces, or to rely on flash drives and email threads to transfer data from one place to another.

6. Disaster recovery
With the full redundancy that desktop virtualization solutions provide, it’s easier to recover data in case of a disaster. In practice, in case of system failure or catastrophic physical events, data centers can pick up from where you left off, and continue running as normal, thus minimal downtime.

How We Compare: Discover the main differences between providers

Big enthusiast of technology and remote work, Gab is the CMO of V2 Cloud. He’s a big fan of hiking, traveling, gins, and telling bad jokes to his colleagues.