What is Virtualization Technology and What Are the Benefits? 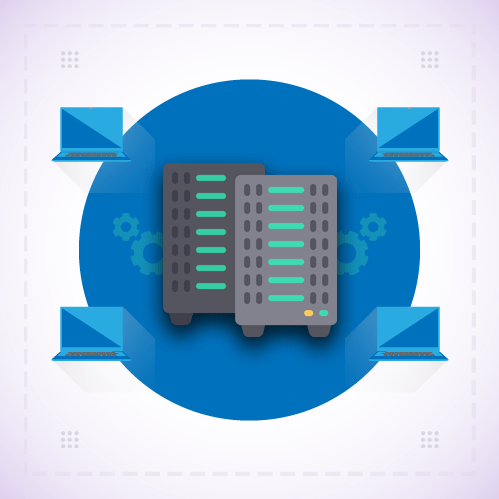 Virtualization technology is actually not a brand new concept and has actually been around since the 1960s. IBM, back then, strived to increase the efficiency of computers through time-sharing, and this the technology upon which virtualization is built was born.

Yet, virtualization has been really popular since the early 2000s, allowing businesses and individuals to essentially divide resources from a single computing device into multiple pieces, saving the cost of investing in more hardware.

Yet, how does virtualization work? What are the benefits for your business process? Is it always the best option rather than simply buying more equipment?

In this post, we will answer those questions and learn all you need to know about virtualization technology and its benefits for your business.

By the end of this guide, you’d have learned about:

Without further ado, let us begin this guide from the basics: what is virtualization?

Virtualization is, in a nutshell, the process of emulating and running a virtual version of a computing device remotely from the actual hardware.

As discussed above, the virtualization technology we have today is based on IBM’s time-sharing technology back in the 1960s.

For example, a single computer server can be split into four virtual servers, each one utilizing 25% of the physical server’s resources (a quarter of CPU processing power, a quarter of storage, etc.) Today’s advanced virtualization via hypervisors (the software that enables virtualization) can also allow users to virtualize applications, data, Operating Systems (OSs,) and even network functions.

In today’s digital environment, virtualization is the foundation of cloud computing and is so important across many businesses and organizations at the moment.

How Does Virtualization Work?

Modern virtualization is made possible by hypervisors, a software layer that is responsible for separating the virtual environments (that need resources) from the physical resources (CPU, storage, GPU, etc.)

Hypervisors can run on top of an Operating System (OS) or directly on the hardware, and their main role is to divide the physical resources and distribute them to virtual environments.

End-users can then access these virtual environments (i.e., a Virtual machine or VM) from their own device remotely over the internet. This VM functions as a single data file (a virtual image) and can be accessed from different computers or devices or moved from one device to another while expected to work consistently the same across devices.

When the VM is running, the user (or an application) may require additional resources from the physical pool, for example, more CPU power. In such cases, the hypervisor will put a request to the physical system and make the addition as needed.

In today’s modern cloud computing environments, there are many different ways to implement virtualization for your business’s advantage, and here are some of the most important ones:

Not to be confused with Operating System (OS) virtualization, which we will discuss below, desktop virtualization allows an organization to distribute virtual desktop environments to multiple physical machines (can be hundreds or thousands) at once.

Desktop virtualization is now one of the most popular types of virtualization utilized by many businesses, and the most common use case is to allow employees to access a virtual desktop environment along with its underlying application from a remote device (including from affordable computers that actually won’t be able to run the desktop and its applications.)

By allowing users to run work-required applications and access files on any computer, desktop virtualization can single-handedly facilitate the remote desktop experience. Employees can work from anywhere and from more options of devices without having to worry about installation, software updates, configuration changes, and so on.

Utilization of virtual desktops would also allow your organization to scale up and down quickly while responding to the rapidly changing workplace needs. When, for example, you just hired a remote worker, you can simply ask the virtual desktop provider to add another virtual desktop instance instead of needing to purchase and set up a new system.

Data virtualization allows businesses to consolidate data from multiple sources into a single, centralized source and also to transform data according to the end-user’s needs.

In practice, data virtualization allows end-users or applications to access the right data in the right format at the right time.

Also called storage virtualization since it involves accumulating storage capacity from multiple physical devices and then made available to virtual environments needing this storage.

To end-users, the virtual storage appears like a traditional physical storage drive, so they can easily perform usual tasks like saving data, backup, and recovery with ease.

OS virtualization happens in the kernel (simply put, the central task manager of the OSs,) allowing the physical device to run multiple OS environments, often side-by-side. For example, with OS virtualization, an end-user can access both Windows and Linux side-by-side.

Another key benefit of OS virtualization is that all of the virtual OSs and the underlying applications can be monitored and managed remotely by their vendor, which will help improve data security.

There are many benefits businesses can enjoy from virtualizing servers, from allowing the server’s components and resources to be divided so they can serve multiple functions, as well as allowing users to run multiple Operating systems to improve efficiency.

NFV allows applications to run on a virtual network natively, just like they would on a physical network, while also ensuring independence from hardware requirements. Specific network functions can be packaged together into a network package before being assigned to a virtual environment.

Benefits of Virtualization Technology for Businesses

In turn, these two functions will produce the following benefits for businesses:

This is the most obvious and also important benefit of virtualization technology for businesses.

For example, by sharing the CPU power of a single server with five different users, we can eliminate investing in powerful devices for these five employees.

However, cost savings due to virtualization technology aren’t only limited to hardware investment and installation but also to ongoing power consumption and maintenance costs.

Virtualization technology would also translate into faster provisioning of resources, which can be very important both in upscaling and downscaling your business.

If you rely on physical hardware, provisioning 10 new employees with laptops and required applications can be time-consuming and expensive. On the other hand, when you need to perform downsizing and fire all ten of these employees, handling these excess devices will also pose its own challenges.

With virtualization technology, on the other hand, provisioning is just a matter of contacting your virtualization vendor and asking for additional instances. Similarly, a simple call or email will also be sufficient when it comes to downscaling.

Since virtualized resources are cheaper and easier to provision, they can help minimize downtime. With virtualization technology, you can create a clone of your whole system that is ready to deploy in a matter of minutes rather than the hours or even days you’ll normally need to set up a new system due to disasters or other issues.

Virtualization technology facilitates more agile disaster recovery. Instead of needing to repair your system or purchase a replacement, you can easily build a virtual instance of your system and then recover your content/data from the virtual desktop’s backup functionality.

The larger an organization grows, the more difficult it will be to manage its resources and data.

Virtual technologies can help businesses to be more efficient in data management, redundancy management, and disaster recovery planning by virtualizing the data servers in your infrastructure, giving you an always-available backup that you can access when the physical data center suffers from any issues.

Not to mention, virtualization also makes it easier to scale the data center for more storage and bandwidth as your number of clients grows.

With virtualization technology, you can lessen the burden of the IT team since they are no longer needed to set up and replace hardware, troubleshoot difficult scenarios, and perform software updates on each device along with other regular maintenance tasks.

By integrating virtualization, your business can simply clone and deploy new resources when needed and no longer need to manually assess, repair, and recover a hardware solution.

With all of these virtual technology implementations, employees and especially those in the IT department could use their time for more important tasks rather than having to constantly struggle with repairs, troubleshooting, and recovery. In turn, this will improve the whole team’s productivity and availability to ensure optimal response time.

When implementing virtualization technology, businesses should consider the following challenges:

Sprawl happens when the number of virtual resources (i.e., virtual machines) in a virtual environment exceeds the manageable number.

When sprawl happens, it can significantly affect the performance of all virtual resources. Unused virtual resources will take up a lot of the virtualization server’s resources (CPU power, memory, storage), which may result in slow performances of the active VMS, or, worse, crashes.

When not managed properly, sprawl can also cause security vulnerabilities that can be exploited by cybercriminals and hackers.

Discovering and provisioning new Virtual Machines (VMs) into a virtual environment can be challenging and time-consuming, especially when it comes to adding new individual credentials for each VM or virtual resource.

This is where choosing the right desktop virtualization provider that offers automated discovery is important to streamline the whole provisioning process.

Most traditional network monitoring solutions don’t support the monitoring and management of virtual resources and VMs. So, you’ll need to invest in additional tools and solutions, which will translate into additional costs and challenges.

In a best-case scenario, unmonitored virtual resources will result in you being unable to gain the most optimal performance of the virtual environment. In a worst-case scenario, however, this can result in security vulnerabilities, downtime, and other more serious issues.

Ensuring optimal allocation of virtual resources can be challenging and would require a strong understanding of the virtual environment’s and network’s needs both in the present and in the future (after considering potential growth.)

Both over-allocation and under-allocation of resources can impact the virtual environment’s performance, and when you run out of storage, it can limit the ability to create new Virtual Machines in the environment.

To tackle this issue, unused virtual resources must be constantly monitored and managed properly to ensure optimal network performance.

Virtualization technology enables businesses to facilitate their remote employees with the ability to access and use secure and reliable virtual resources while also ensuring a more efficient allocation of resources.

While implementing virtualization might not always be the perfect approach for every business, it can be a great addition for any business looking to get the most of their network and current assets.

While there are certainly challenges to consider when aiming to implement virtualization, ultimately, the long-term benefits it provides would outweigh the disadvantages.

With over 10 years of experience in digital marketing, web design and SEO consulting I help SaaS, Technology, Software and IT companies grow sales pipeline and revenue through performance based marketing strategies and SEO.
x