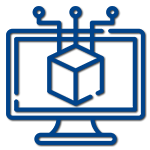 First, the IDS definition means Intrusion Detection System. It’s a software or hardware designed to monitor a network for malicious activities or potential security attacks and report them to a system administrator. The information collected by an IDS is stored inside a security information and event management (SIEM) system. Anti-virus software and firewalls running on your computer system are the most common example of IDS.

Although, IDS are only prevention systems that can monitor, detect, and alert about malicious or suspicious activities. Ultimately, they aren’t designed to stop the attacks. They’re either signature-based or behavior-based, depending on how they analyze data on a system. Signature-based IDS analyzes the system for misused activities and behavior-based IDS analyzes the systems for anomalies.

The IDS definition is not complete without the classification. IDS classification is divided into two types, both based on deployment.