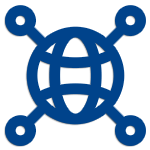 The IPV6 definition stand for Internet Protocol version 6 (IPV6). It’s the latest version of the Internet protocol which allows computers to uniquely identify and locate other computers and devices on the Internet. IPV6 was introduced by the Internet Engineering Task Force (IETF) to cope with the depletion of IPV4 addresses. Due to the increase of new devices connected to the Internet every day, there’s less and less IPV4 available. Apart from the larger address space, IPV6 provides a more efficient packet handling mechanism, better security, and improved performance.

IPV6 is based on a 128-bit addressing system. Hence, you can create 2^128 or approximately 340 undecillion unique IP addresses using the IPV6 address scheme. IPV6 is written as a group of 8 hexadecimal numbers separated with a colon. 2001:db8:0:1244:0:527:8:1 is an example of IPV6 address. When IP addresses are assigned to the computers or any other network devices, these human-friendly decimal values are converted to computer-readable binary values.

A data packet sent from one device is transmitted to all the other devices connected to that broadcast network. Anycast address scheme is based on one-to-nearest communication. When a data packet that holds an anycast IPV6 destination address is sent from a device, it is forwarded to the nearest router based on the routing protocol. Now, you know the IPV6 definition.