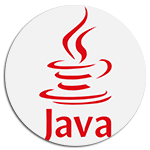 Java has been developed to create a small, portable, less dependant, and efficient programming language for consumer electronic appliances such as televisions, videocassette recorders, ovens, and toasters. It has now evolved to become a class-based, object-oriented programming language with few implementation dependencies.

Java-based software applications are compatible with all sorts of devices including computers, smartphones, and other computing devices. Java uses a virtual machine known as java virtual machine(JVM) which gives java the ability to function on multiple platforms such as windows, Mac, and Linux. When you execute a java source code or a program, the java compiler compiles it to byte code. The byte code is then converted to a machine language by the JVM to make it run on different platforms.

The features of Java

Now that you know the Java definition, here are some of the main features of this programming language.