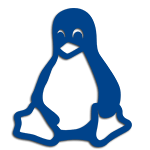 Linux is open-source. Therefore, anyone can contribute to the development of this kernel, and anyone is free to modify and redistribute the source code. The operating systems such as Debian, Ubuntu, Fedora, and Android are built using the Linux kernel. It can be installed in your computer system using a USB stick, live CD, or virtual installation.

The benefits of using Linux

Now that you know the Linux definition, here are some of the benefits of using this operating system.