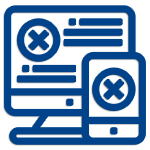 The middleware definition is vague as it is used in a broad context. Essentially, it is a software that enables interaction between two incompatible entities. It could sit in between the operating system and application software or in the context of distributed systems, it could link two applications on different platforms. It can also be referred to as device driver software which lies in between the operating system and the hardware. Middleware facilitates services such as communication and data management between components in either end as opposed to providing business logic.

Middleware enables a seamless connection between device OS regardless of the version and the type, and the user applications. Hence, it is used to promote interoperability between legacy systems and newer versions of applications. When businesses digitize, there is a requirement to integrate the various aspects of technology to leverage the business needs. In enterprise systems, the heterogeneity of technology is high. It is made up of different hardware, operating systems, communication protocols. Thus, middleware acts as the ‘glue’ to bridge the gap between various hardware, applications, frameworks, tools, databases, and masks their differences.

What are the types of middleware?

These are some of the most commonly used middleware in the field of information technology.