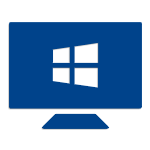 The OS definition stand for operating system and is a computer program that manages the hardware with other software applications on a computer system. It provides a platform to run system and application software and acts as the intermediary between the computer hardware and the user. The operating system starts running when you power on the device and it stops running when you power off the device.

What does OS do?

When you are using a computer system, you cannot directly control hardware resources such as the central processing unit (CPU), random access memory (RAM) and input/output (IO) devices. When you want to perform a specific task using application software, it is the OS that sends signals and connects the hardware with the application software.