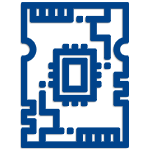 The Raspberry Pi definition goes like this: It’s a small circuit or the single-board computer invented by the Raspberry Pi Foundation with the intention to support teaching programming to beginners. Over the years, several models of Raspberry Pi have been released. Raspberry Pi can be programmed to perform different computing tasks such as creating programs to control devices and building network storage, tolerant machines, and home media servers, etc. Raspberry Pi is very commonly used to program IoT (Internet Of Things) related computing tasks.

You can use the Raspberry Pi circuit almost as a fully functional computer by running an operating system on it. Android, FreeBSD, Linux, NetBSD, and OpenBSD are some of the operating systems you can install on a Raspberry Pi. Raspberry Pi consists of hardware such as CPU, GPU, RAM to process data, the power connector to supply power, HDMI ( High-Definition Multimedia Interface) and USB (Universal Serial Bus) cables to connect other peripheral devices, SD (Secure Digital) card slots to store operating systems and other data and ethernet connector to connect to a wired network or the Internet.