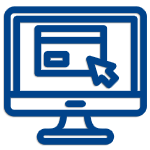 The Web App definition is a shortened form for Web Application. It’s a software program that developed using web development programming languages such as HTML, CSS, JavaScript, PHP, etc, hosted on a remote web server and running inside a web browser.

These are some examples of popular web applications

These are the most common characteristics of web applications.