What is a Desktop App? 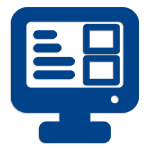 A desktop application is a software program that can be run on a standalone computer to perform a specific task by an end-user.

Some desktop applications such as word editor, photo editing app and media player allow you to perform different tasks while other such as gaming apps are developed purely for entertainment. When you purchase a computer or a laptop, there is a set of apps that are already installed on your desktop. You can also download and install different desktop applications directly from the Internet or purchased from software vendors.

Now that you know what is a desktop app, here are some of their main characteristics.