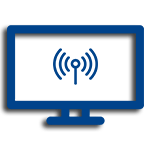 What is RDP? It stands for Remote Desktop Protocol. It is a secure network communication protocol designed by Microsoft. RDP is used for remote connections; for remote access to virtual Windows desktop machines, applications, remote management, and is an RDP terminal server. Every Windows system has a Remote Desktop Protocol but only certain Windows versions support it.

By default, RDP server software is installed on every Windows PC, hence enables the connection requests. The well-known client software is provided by Microsoft which is known as RDC (Remote Desktop Connection) at present. It was called Terminal Services Client before.

They can be implemented on non-Microsoft platforms as well. For instance, the command “rdesktop” is a command-line client that can be used on Linux and Unix platforms. Various graphical user interface clients are available which are built on top of the “rdesktop” functionality.

The new versions of Remote Desktop Protocol are considered to be more secure due to the authentication methods.

How Does It Work?

Now that you know what is RDP, how does it work? It is providing a graphical interface to the user. Two components called the RDP server and RDP client are required to work with this protocol. The RDP server is the Windows PC or server which you connect to and control.

The RDP client can be a mobile device or Windows PC which has the RDP client application installed; used for controlling the RDP server. When the remote desktop option is enabled in a Windows PC, it only allows a single remote connection to the machine.

This protocol supports up to 64000 channels for data transmissions. The data is encrypted using 128-bit keys. Using the Bandwidth reduction feature, the data transfer rate is optimized in low-speed connections as well. Learn how to use RDP connection and set it by default in V2 Cloud App