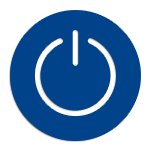 What is rebooting? In information technology(IT), this term refers to the procedure of re-starting a running computer or a mobile phone. This process discards any previous continuity of actions the user has performed in the device and allows the users to use the device with a fresh start. Rebooting is performed when a computer or a mobile phone crashes or freezes due to a fatal error that the device cannot recover from.

A fatal error may occur when a program tries to access data that is not available in the memory and the program is not given any instructions on how to behave in such an occurrence. This may cause a particular program to crash the device or freeze the screen and restrict the user from accessing the device. In such an instance, this process forces the operating system’s code to reload from the very beginning and function the device again. When fatal errors are encountered, some operating systems are programmed to inform the users about the error and reboot the system automatically to fix the issue.