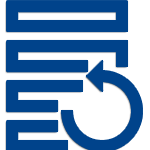 Disk redundancy is the process of storing the same data on two or more separate disks to recover the data in case of a disk failure. Disk redundancy avoids expensive data recovery processes through maintaining duplicate copies in multiple disks.

Network redundancy is the process of duplicating critical components of network infrastructure such as servers, network communication equipment. The network redundancy process is conducted to ensure the availability of the network in case of a network device or functionality failure. The availability of a second power unit to continue power supply in case of power failure is an example of that.