What is Web-Scale IT? 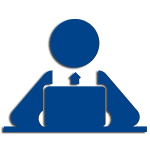 Web-scale IT is also known as Web-scale Infrastructure. It can be considered as an approach for delivering large-scale infrastructure and cloud computing resources within an IT enterprise. In order to achieve a higher level of service delivery for large and established cloud-based firms, it includes all the required measures and practices.

Web-scale IT describes how large cloud service firms such as Google, Amazon, Netflix, etc use IT solutions and services. These cloud enterprises use this approach to deliver a cloud-enabled, enterprise-class, web-scalable IT infrastructure. It enables them to achieve extreme levels of scalability and agility.

The approach mainly focuses on designing, building, and managing software infrastructure and data centers. It is in a way that it tailors the systems to large environments and global systems. Global computing and the internet grow at a fast rate which can also create a bottleneck. Web-scale methods prioritize some key components to avoid scale limitations:

It is important to avoid single points of failure and bottlenecks. The web-scale architecture should implement failure tolerance considerations to verify problems quickly. Some techniques that can be followed are;

Characteristics of WebScale IT

Now that you know what is Web-scale IT, you should know that it doesn’t refer to a single technology alone. Rather, it represents an infrastructure that is formed by a collection of technologies and capabilities that are being followed and implemented by large enterprises at global scales.

The web-scale infrastructure uses unique methodologies and approaches as they primarily work only in large environments. It promotes different ways of thinking rather than the traditional approaches. Some of the characteristics that can be seen in the infrastructure are listed as follows;