How to Setup a VPN

VPNs establish a secure connection between themselves and a device, allowing the device to pose as the VPN server to the outside world. Consequently, they are effective in surfing the internet anonymously.

Getting access to a VPN is possible by getting a router with VPN capability, subscribing to a VPN service, or setting up your computer as a VPN server. However, for home business owners, you can set up a VPN on a home computer which can act as a VPN server with little differences.

This quick guide will show you how to set up a VPN on your Windows computer.

What You Need to Know Before You Set Up a VPN

Before you set up a VPN on your Windows computer, there are a few things you have to know about the VPNs and the process itself.

The computer on which you will set up the VPN server must always be awake. You can check up on this article to keep your computer awake.

The created VPN server can only mimic its hosting computer’s location. Therefore, connecting to a home VPN server won’t make you access other locations aside from that of the VPN server. However, you can bypass this if you host your VPN server on cloud computing software.

The VPN server’s speed depends on your internet connection. Therefore, it is not a better choice if you have limited bandwidth.

The VPN server will only encrypt the connection itself and your device to protect your data from the public. However, whatever you do online is still visible to your Internet Service Provider.

How to Setup a VPN Server on Windows

Follow the steps below to set up a VPN server on Windows. The steps below were carried out on a Windows 11 computer but are applicable with little to no alteration to Windows 8 and 10.

Click the Windows key and type ncpa.cpl to open the Network Connections window

Press the Alt key to show the file menu

Under the File menu, click on New Incoming Connection 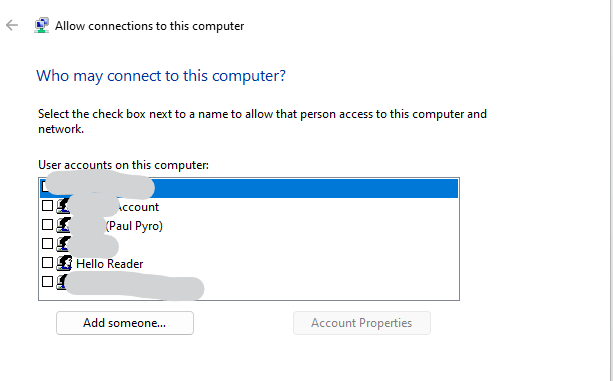 Choose the networking protocols you desire

After creating the VPN server, you must ensure that the computer acting as the VPN server can receive a signal from other devices. This is achievable by using port forwarding.

Follow the steps below on how to use port forwarding. 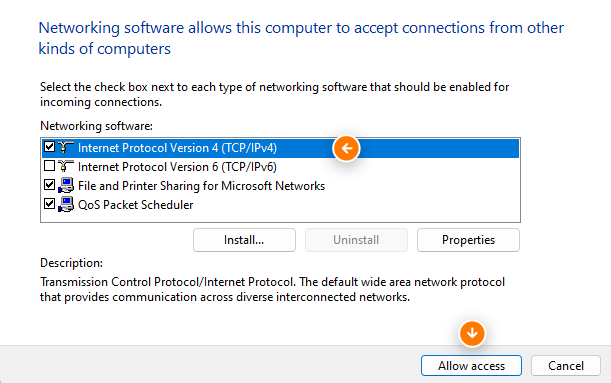 Sub-Step 1: Set a static IP for the host computer

Launch the Command Prompt as an administrator

Right-click on the Adapter (Wi-Fi)

On the General tab, select Use the following IP address

Enter the copied addresses from Step 1

Sub-step 2: Get the Your Public IP Address

Under the search bar, enter the keywords What is my IP address 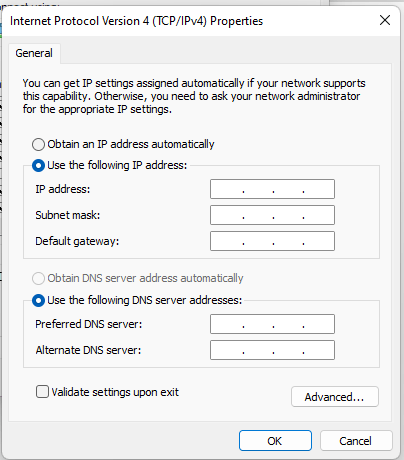 Most times, the public IP address is not static. Therefore, you need to set the DDNS on your router

Login to your router

Login to your router and navigate to the port forwarding option

Step 3: Connect to the VPN Server

Using V2 cloud computing software is an easier way to set up a VPN. This will eliminate the need for the host computer to be online, software updates, and server maintenance while providing access to geo-restricted content. Of the many cloud computing software used for setting up a VPN, V2 Cloud offers a safer cloud desktop infrastructure for small and large business owners. With the software, you can easily render Windows software and applications on the cloud, a step necessary to set up the VPN server. Aside from that, V2 Cloud boasts of an unequal user experience and performance, simplicity, and scalability.

Back To Tutorials Menu